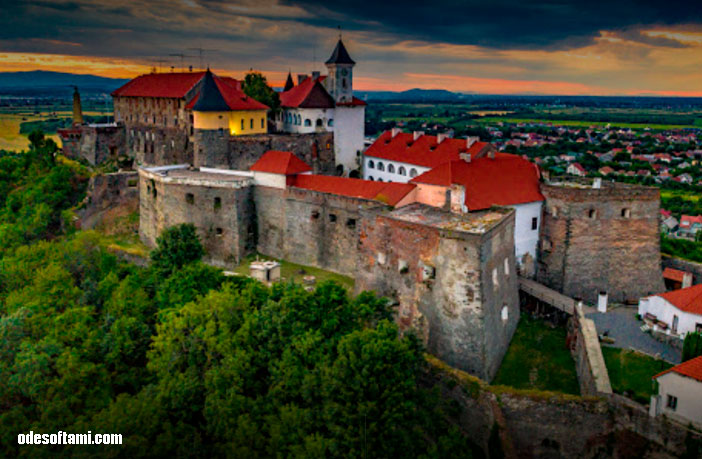 Palanok Castle, in the city of Mukachevo in Transcarpathia, is very mysterious. The former residence of the Transylvanian Principality has an extremely rich history.

Here were signed international instruments, peace treaties, popular revolts were taking place on its territory. Being built according to various data in the 900-1300th years, the castle became a real monument of architecture and history.

Surviving countless number of their owners and residents, dozens of assaults and sieges and remained in an almost perfect state to this day.

To a greater degree, two women — Sofia Bator and Ilona Zrini — became famous for this fortress — the mother-in-law and the daughter-in-law, who managed the castle and managed to contend with each other.

And if Ilona entered into history as a brave defender of the fortification, then Sophia Batory suffered a mystical, terrible glory.

Often, they say that this woman had a passion for human blood, and not only killed her for her, but also took bloody baths, sacrificing 13-year-old girls.